MIDDLE-AGED MEN MEN MAY HAVE SIGNS OF THINNING BONES

As you get older, your bones may get weaker. This is called “osteoporosis.” Weak bones are more likely to break. Osteoporosis can be a problem for anyone, but it is more common in women.

Brittle bones are often seen as a woman’s health issue, but low bone mass may be more common among middle-aged men than generally thought, a small study suggests.

Those study participants, the researchers said, had osteopaenia, or lower-than-normal bone density. In some cases, it progresses to osteoporosis – the brittle-bone disease that makes people vulnerable to fractures.

The fact that osteopaenia was just as common in men came as a surprise, said researcher Allison Ford, a professor of health and exercise science at the University of Mississippi.

A wheelchair-bound student, who can break a bone just by sneezing , has spoken of her admirable determination to overcome her difficulties and become a dancer and TV star.

Full-blown osteoporosis is clearly more common in women. About one-quarter of US women aged 65 and up have the condition in the hip or lower spine, according to the US Centers for Disease Control and Prevention. That compares with about 5% of men the same age.

But, Ford said, the new findings suggest low bone density might be more common in middle-aged men than appreciated.

“Low bone mineral density and osteoporosis affect men,” she said. “They should not be overlooked.”

Weight-bearing refers to activities that make the body move against gravity. Jogging, dancing, stair-climbing and walking all qualify, according to the National Osteoporosis Foundation.

The findings were published in the Journal of the American Osteopathic Association. The research was based on bone density scans of 173 men and women. All were recruited from the University of Mississippi or the surrounding community, and most were white.

That’s a limitation, Ford noted, because it’s not clear whether the prevalence of osteopaenia would be the same in a larger, more diverse population.

According to Dr Michael Lewiecki, a trustee with the National Osteoporosis Foundation, “There’s a general message from this study that’s useful. Men can have low bone density and develop osteoporosis, too.”

The condition typically manifests later for men. They generally have larger bones than women, and they don’t go through the rapid hormonal changes of menopause, noted Lewiecki, who also directs the New Mexico Clinical Research and Osteoporosis Center, in Albuquerque.

Men do, however, see a gradual waning in testosterone, and low testosterone is one contributor to osteoporosis in men, Lewiecki said. Heavy drinking is another risk factor for bone loss, he noted, particularly when it comes to men’s risk.

The osteoporosis foundation suggests that men aged 70 and older have their bone density screened, Lewiecki said. It’s also recommended for people who break a bone after age 50.

In addition, men should see their doctor if they’ve lost 1.5 inches or more in height, Lewiecki advised. That could be a sign of a vertebral fracture.

Lewiecki agreed that exercise is one of the keys to maintaining bone health – not only weight-bearing exercise, he said, but also muscle-strengthening and activities that challenge balance skills. 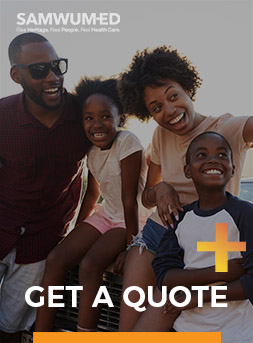